HOME PAGE-THE HISTORY OF THE SANTA FE TRAIL AND ITS FOUNDER, WILLIAM BECKNELL

HELLO! WELCOME TO THE PREMIER SITE ABOUT  CAPT. WILLIAM BECKNELL AND THE SANTA FE TRAIL (WHICH HE BEGAN IN 1822).

Since its inception some eight years ago this site has been visited by over 50,000 people interested in this aspect of American history. Visitors have ranged from some of Capt. Becknell’s decedents to Santa Fe Trail scholars to students from some 43 countries.

History is often influenced by seemingly random events. Such is the case with Captain William Becknell’s having taken three wagon loads of trade goods to the Mexican town of Santa Fe in 1822. Because he was rewarded for his efforts by making a large profit, paid in gold and silver coins, this got the attention of many Americans when a newspaper published an account of Becknell’s venture. And so the Santa Fe trail was born which lasted for 58 years and brought what is now the southwestern part of the US to the attention of settlers, traders and businessmen.

The fact that the US was struggling with an economic depression at the time and had recently expanded its borders to include lands west of the Mississippi River made Capt. Becknell’s experience even more timely and important.

Following Becknell’s example were an increasing number of traders and merchants from the US and, later, Mexico. This new focus upon the lands west of Missouri soon got the attention of eastern manufacturers and bankers who had previously ignored the economic potential of trade with Mexico. In turn, over the next twenty four years, they lobbied the US Congress and Washington decision makers to acquire this territory for the US. In 1846, the US began a war to seize Mexico’s lands north of the Rio Grande river including what is now New Mexico, Colorado, Utah, Nevada, Arizona and California. As a result, Mexico lost almost one-half of its territory and the US extended from the Atlantic to the Pacific. Who could have known that one man’s need for money to pay his debts could have had such a major eventual consequence?

What follows is the telling of how this major result was caused by the economic hardship of one man, his life story and the history of the Santa Fe Trail which he was the first to travel in a wagon (native Americans and animals had traveled this route for eons).

+ THE HISTORY OF THE SANTA FE TRAIL (1822 – 1880)
+ A BIOGRAPHY OF WILLIAM BECKNELL, THE FOUNDER OF THE TRAIL
+ PHOTOS AND MAPS OF THE TRAIL
+ A COMPREHENSIVE BIBLIOGRAPHY 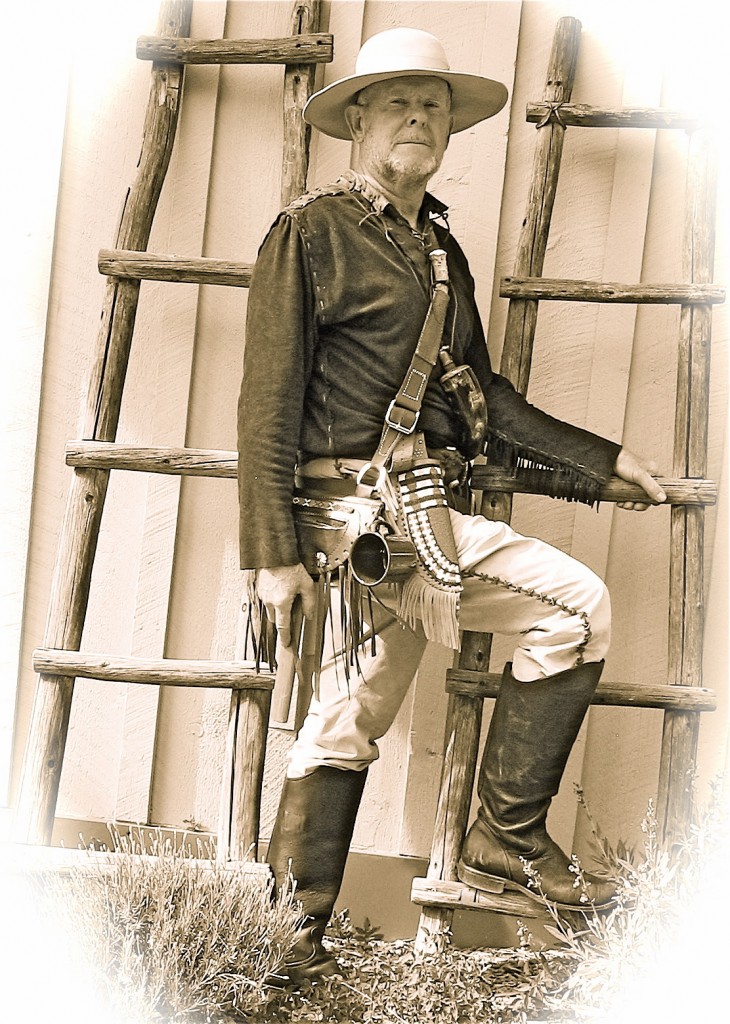 THE AUTHOR AS BECKNELL IN REENACTMENT COSTUME

Note: As you read the replies/observations of other readers at the end of each of my pages you will probably wonder, as I did at first, why so many are not easily understood. The reason most likely is that people from over 40 countries are offering these replies. So, their syntax/sentence structure is often not the same as it would be if English was their first language.

11 Responses to HOME PAGE-THE HISTORY OF THE SANTA FE TRAIL AND ITS FOUNDER, WILLIAM BECKNELL

This site uses Akismet to reduce spam. Learn how your comment data is processed.